Cork Airport is one of the three principal international airports of Ireland, along with Dublin and Shannon. It is located 6.5 km (4.0 mi) south of Cork city in an area known as Farmers Cross.[4] In 2014, Cork Airport handled 2.1 million passengers, making it the state's second busiest airport in terms of passenger numbers, after Dublin, and third busiest on the island of Ireland, after Dublin and Belfast International.

Cork Airport has a long history of general aviation flying. Both fixed wing and rotary wing flight training providers operate at the airport. These flying schools are located to the south of the terminal building, on the east side of the main runway. Cork Airport also serves business jets.

Cork Airport has recently completed a Master Plan for the overall development of the aerodrome into the next twenty years which could, in time, lead to an effective trebling in size of the current airport. Under the plan, the airport will be further-developed on a gradual phased basis from 2015 onwards. 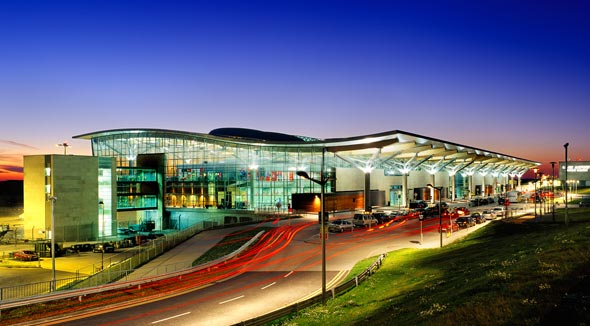